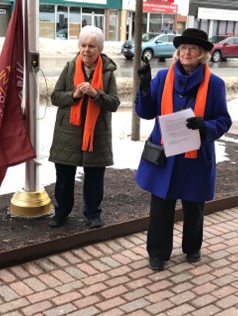 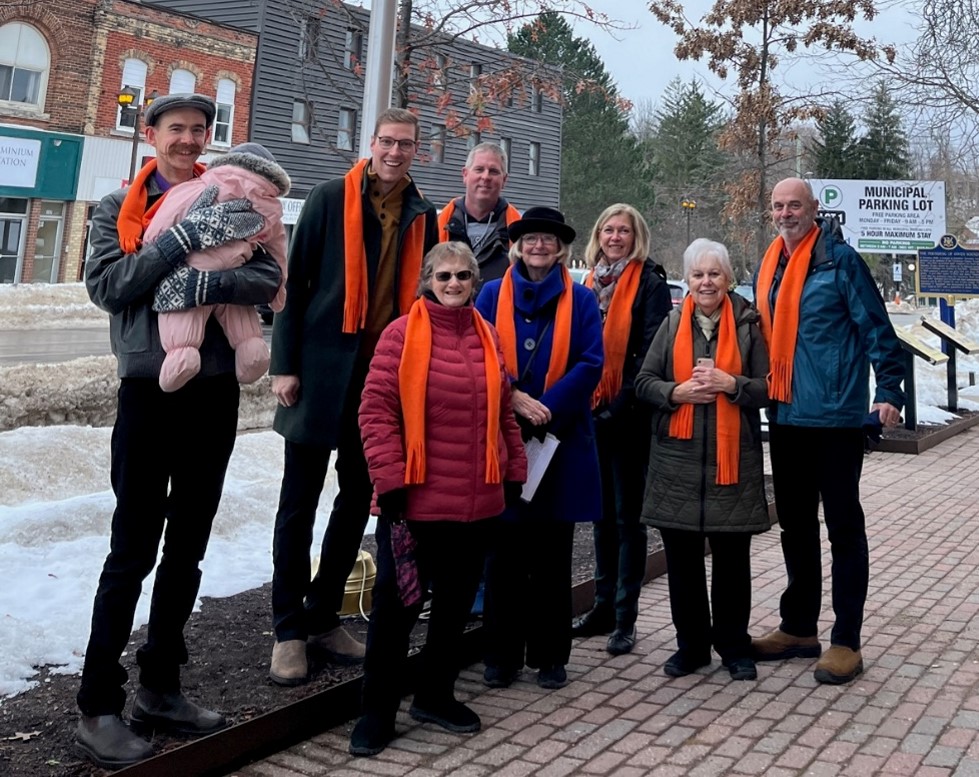 The members of Zonta Owen Sound and Area presented the Zonta Flag as part of the UNITE! Activism Campaign to End Violence against Women and Girls.

The honor of raising the flag at City Hall was given to Arlene Wright, Past-President and charter member of the Owen Sound Zonta Chapter, founded in 1986.  The organization who volunteer their time, talents and energy to local and international advocacy and service projects that are designed to advance the status of women worldwide.

On behalf of City Council, City Councilor Brock Hamley thanked the members of Zonta for their work in the community and stressed the need to continue their efforts.

John Farmer, City Councilor, and former coordinator for Violence Prevention Grey-Bruce spoke to the group about the need to end the violence that continues to be an obstacle to achieving equality, development, peace as well as to the fulfillment of women and girls’ human rights.

Zonta Vice-President, Judy Suke, delivered a message emphasizing the importance of staying vigilant. According to UN Women, a survey done in 2021 revealed that, since the pandemic began, 45% of women reported that they or someone they know has experienced some form of violence; 7 in 10 women said they think that verbal or physical abuse by a partner has become more common; and 6 in 10 felt that sexual harassment in public spaces has worsened.

November 25, the International Day for the Elimination of Violence Against Women will mark the launch of the UNITE! Campaign – an initiative of 16 days of activism concluding on the International Human Rights Day, December 10. This campaign, led by the UN Secretary-General and UN Women since 2008, aims to prevent and eliminate violence against women and girls around the world, calling for global action to increase awareness, promote advocacy and create opportunities for discussion on challenges and solutions. This years’ campaign will aim to mobilize all society to become activists for the prevention of violence against women, to stand in solidarity with women’s rights activists and to support feminist movements around the world to resist the rollback on women’s rights and calling for a world free from violence against women and girls.

Violence against women and girls (VAWG) is one of the most widespread, persistent and devastating human rights violations in our world today, yet it remains largely unreported due to the impunity, silence, stigma and shame surrounding it.

Our Zonta Flag is raised at City Hall to remind everyone that we all need to be aware and support efforts in our area to end the violence.

For more information on our local Zonta Chapter visit www.zontaowensound.ca 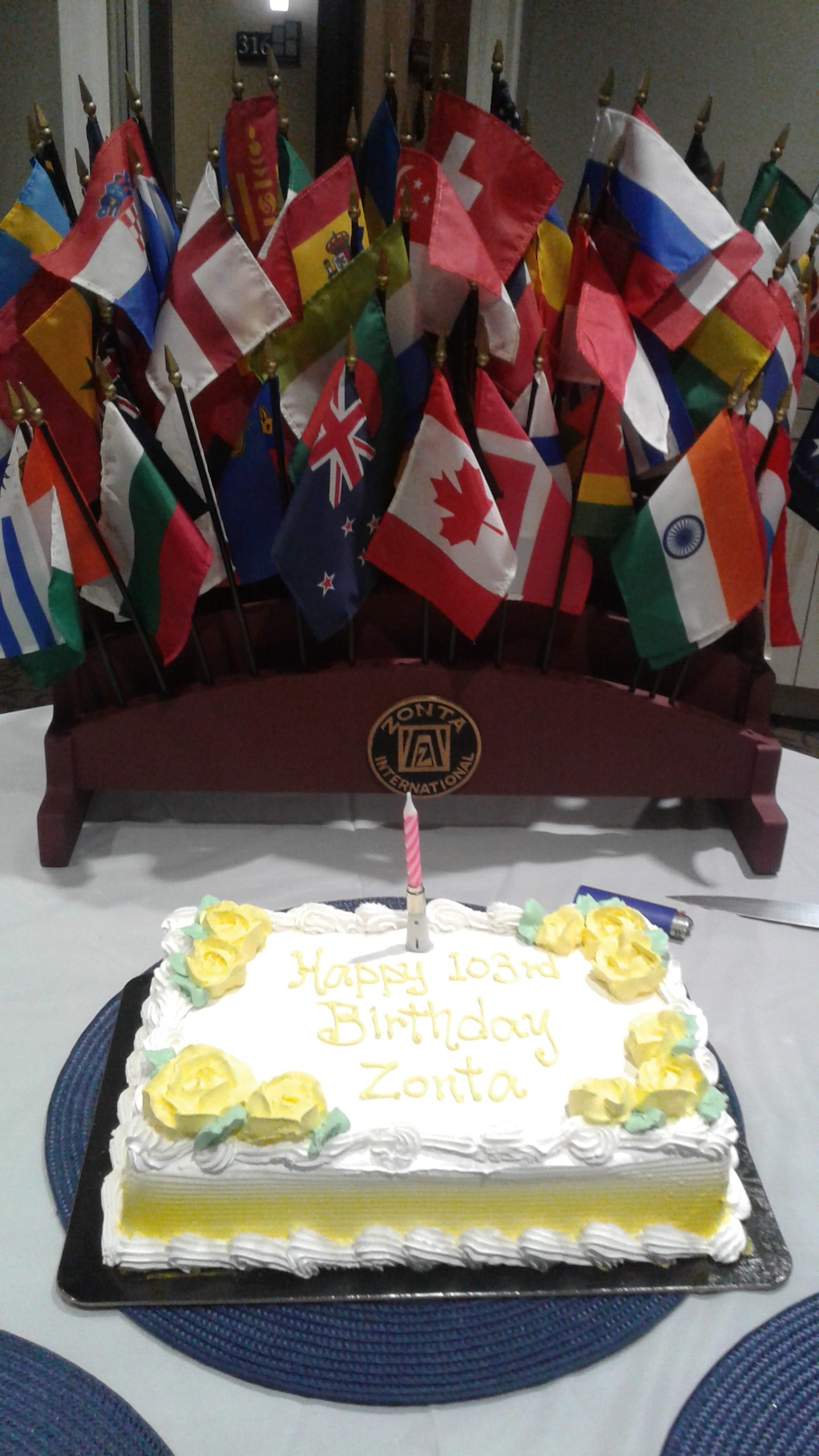 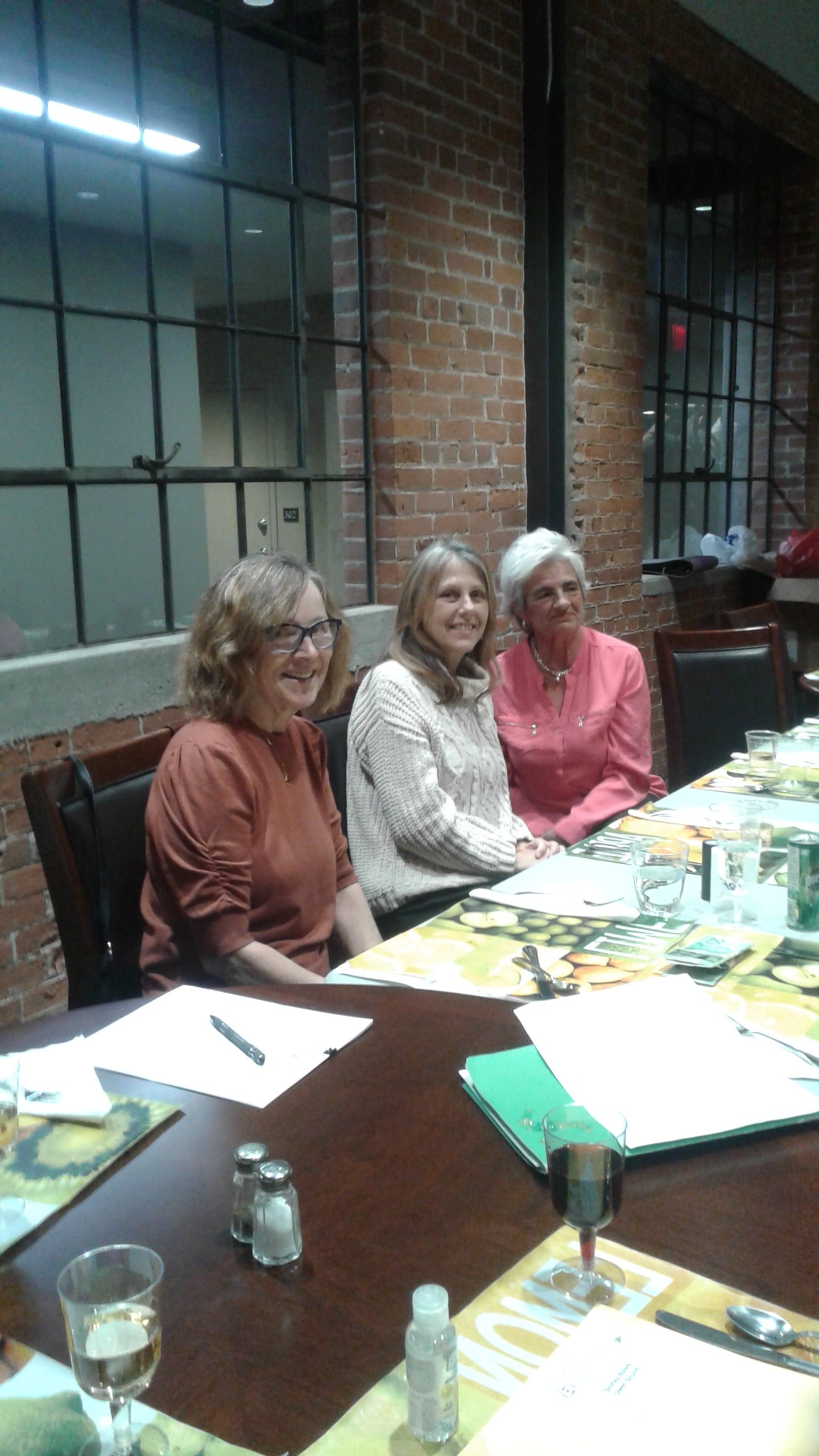 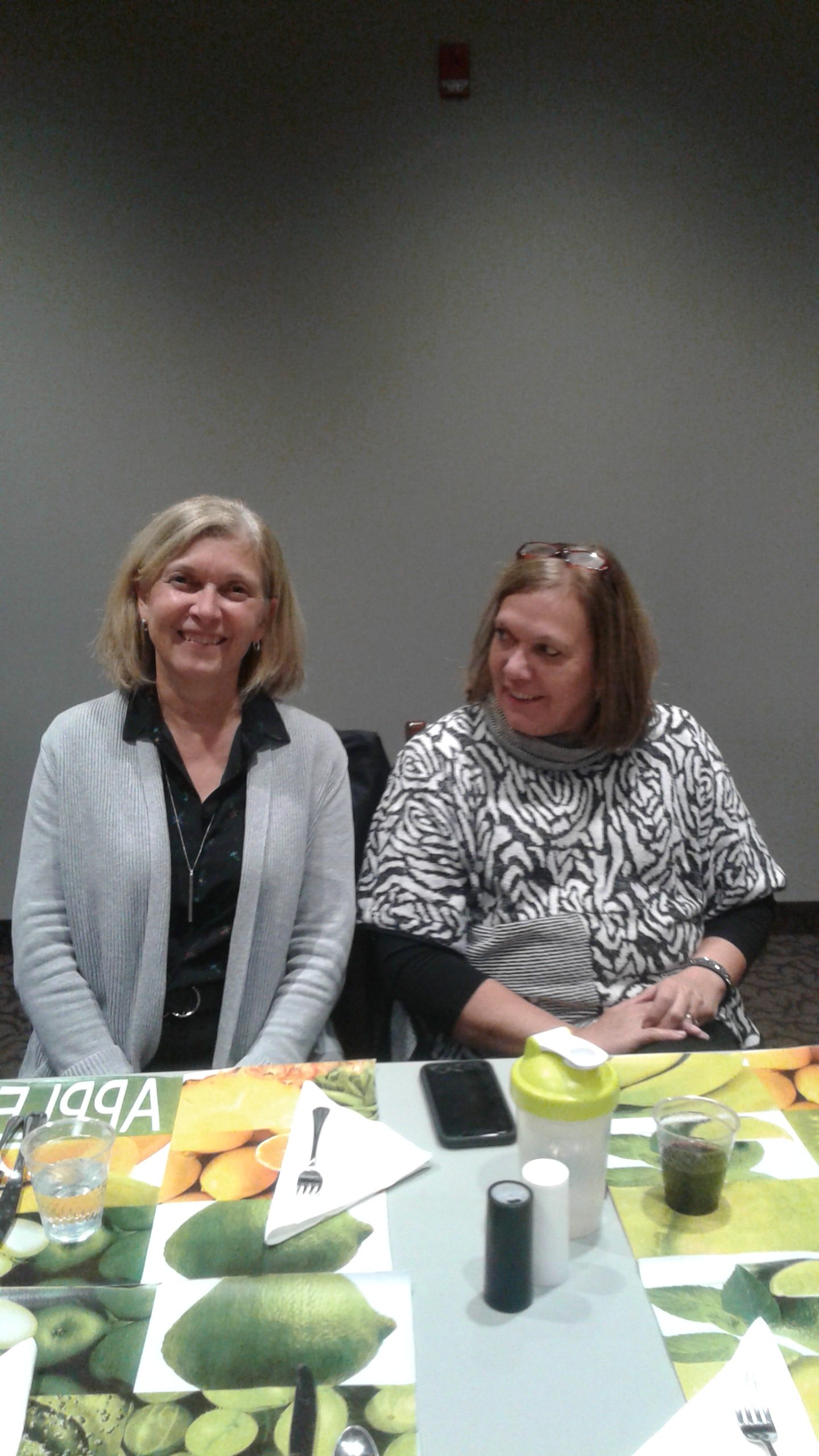 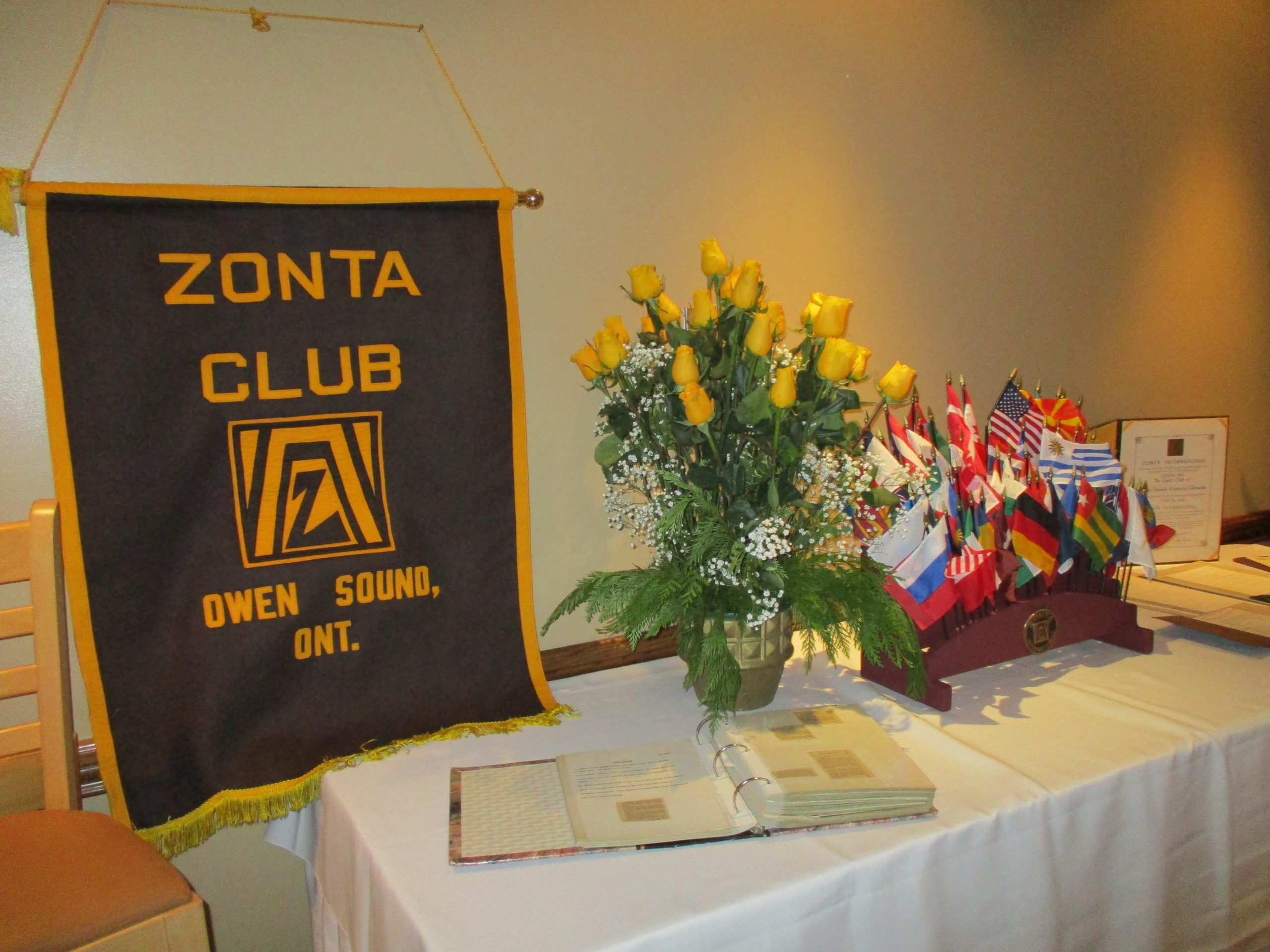 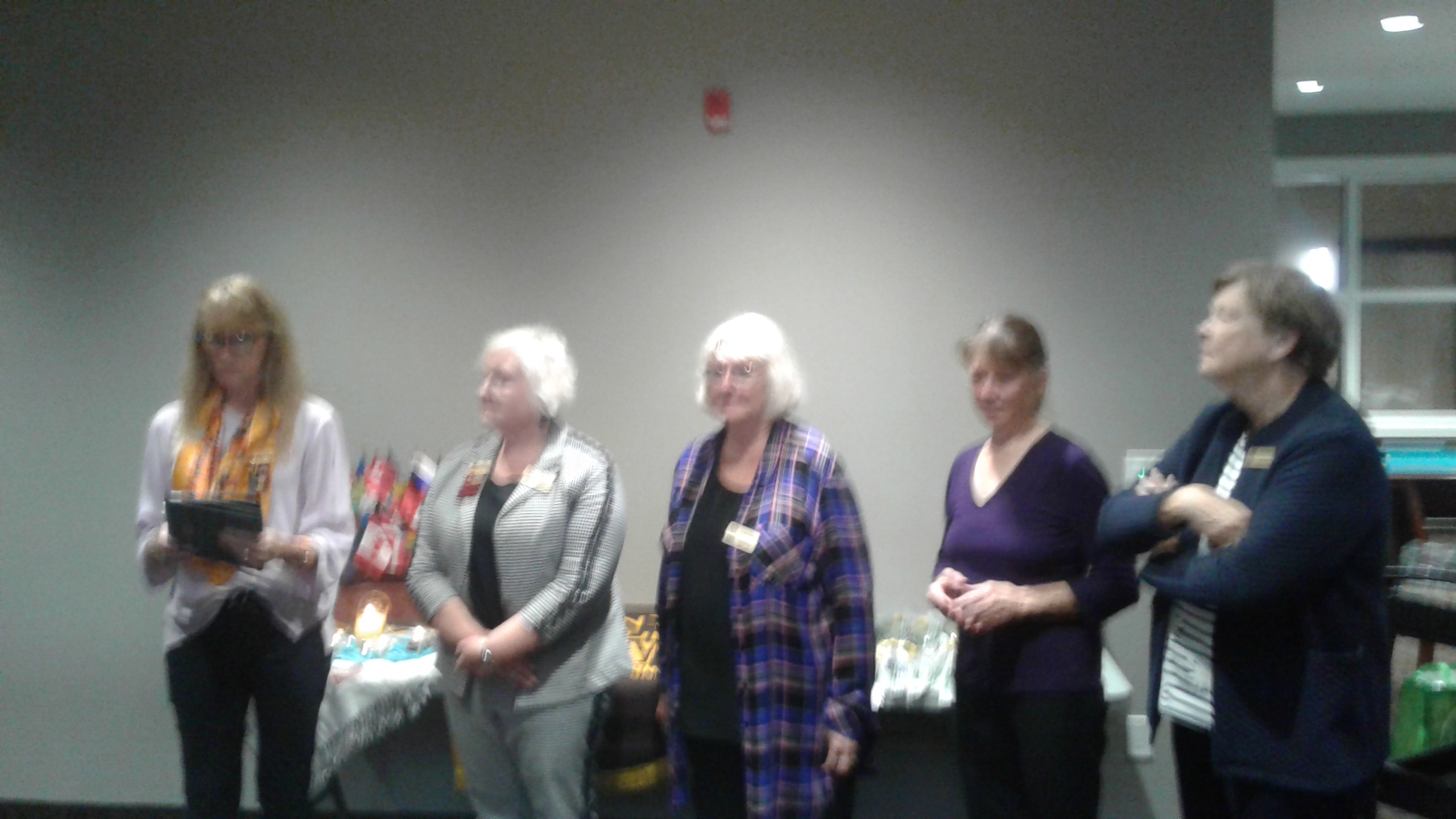 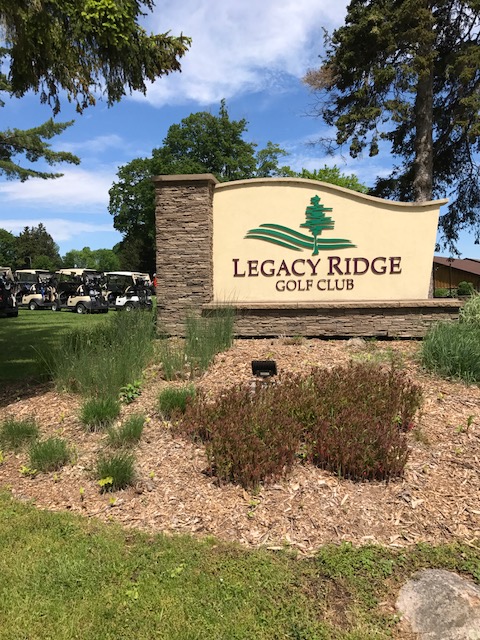 Thank you to everyone who made our 2022 Golf Tournament a success on June 17. 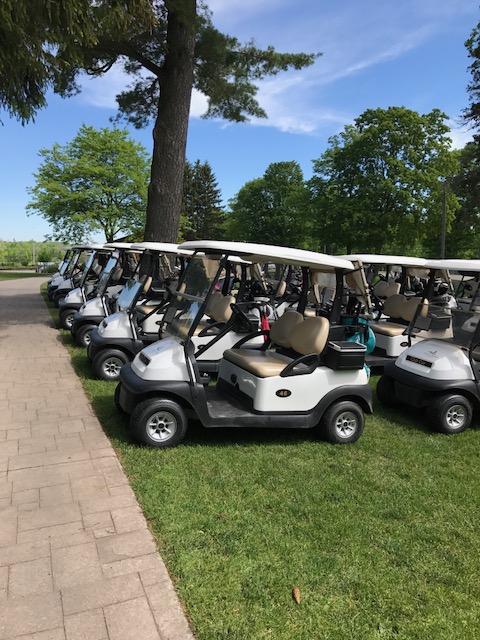 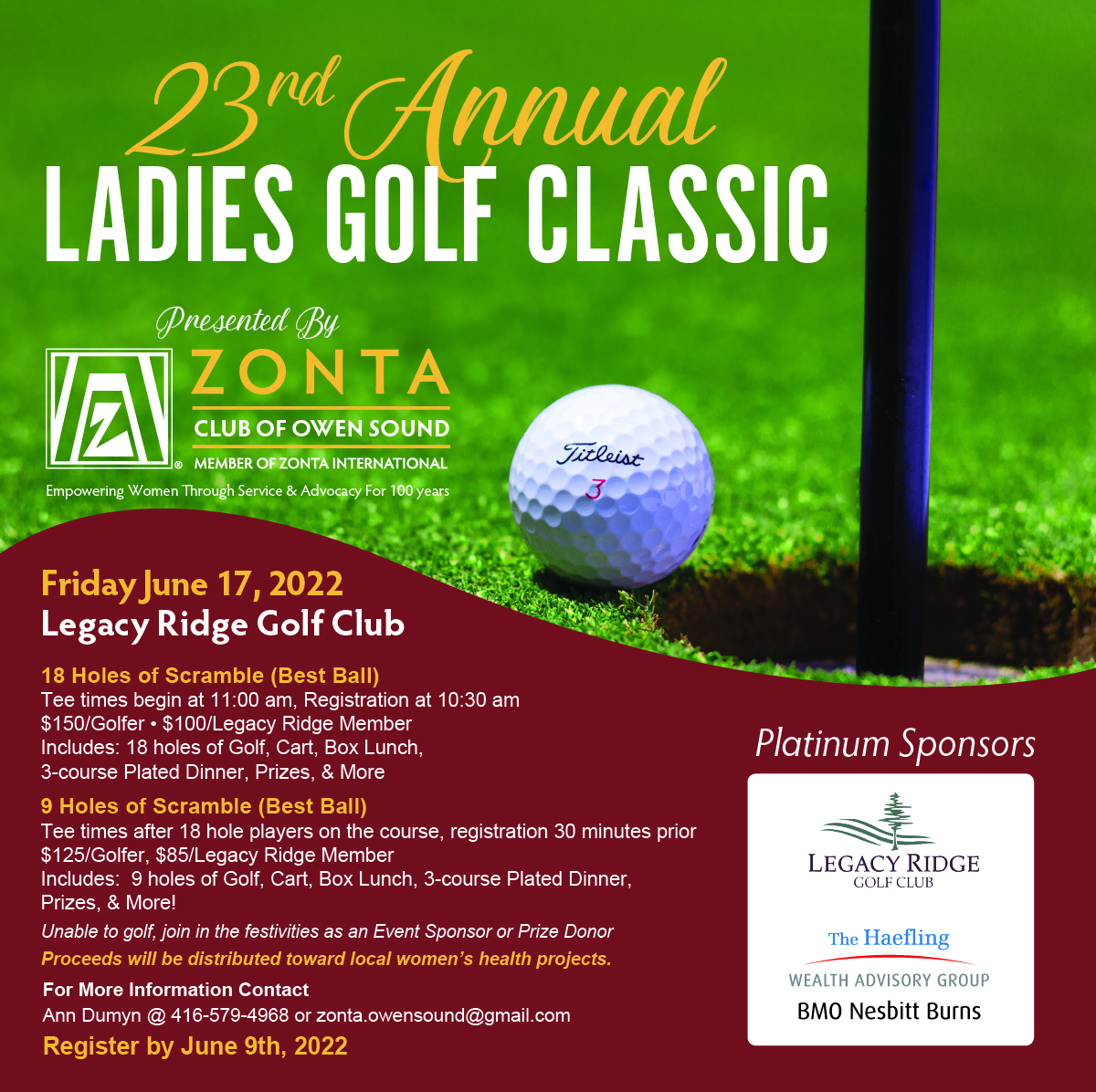 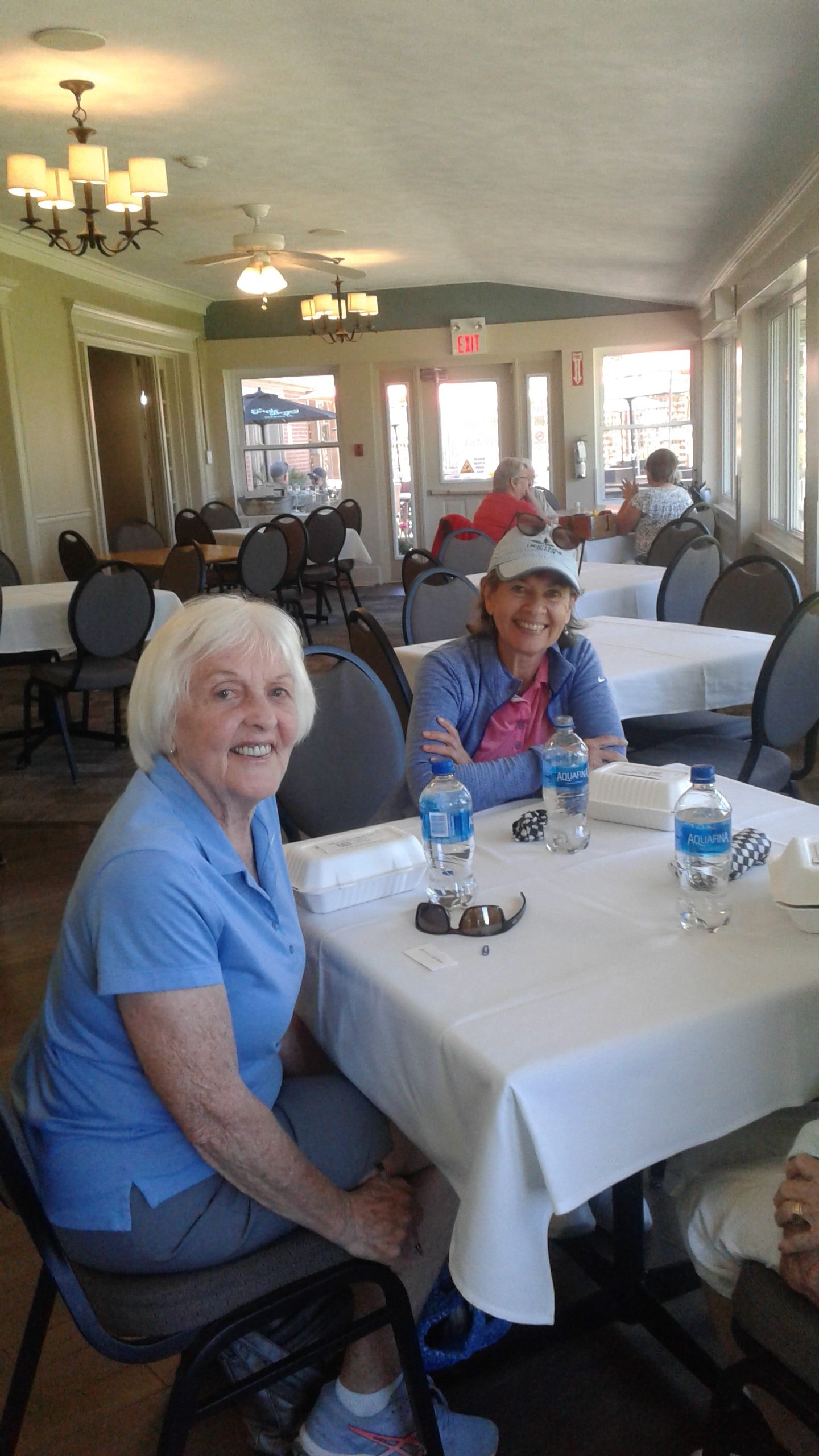 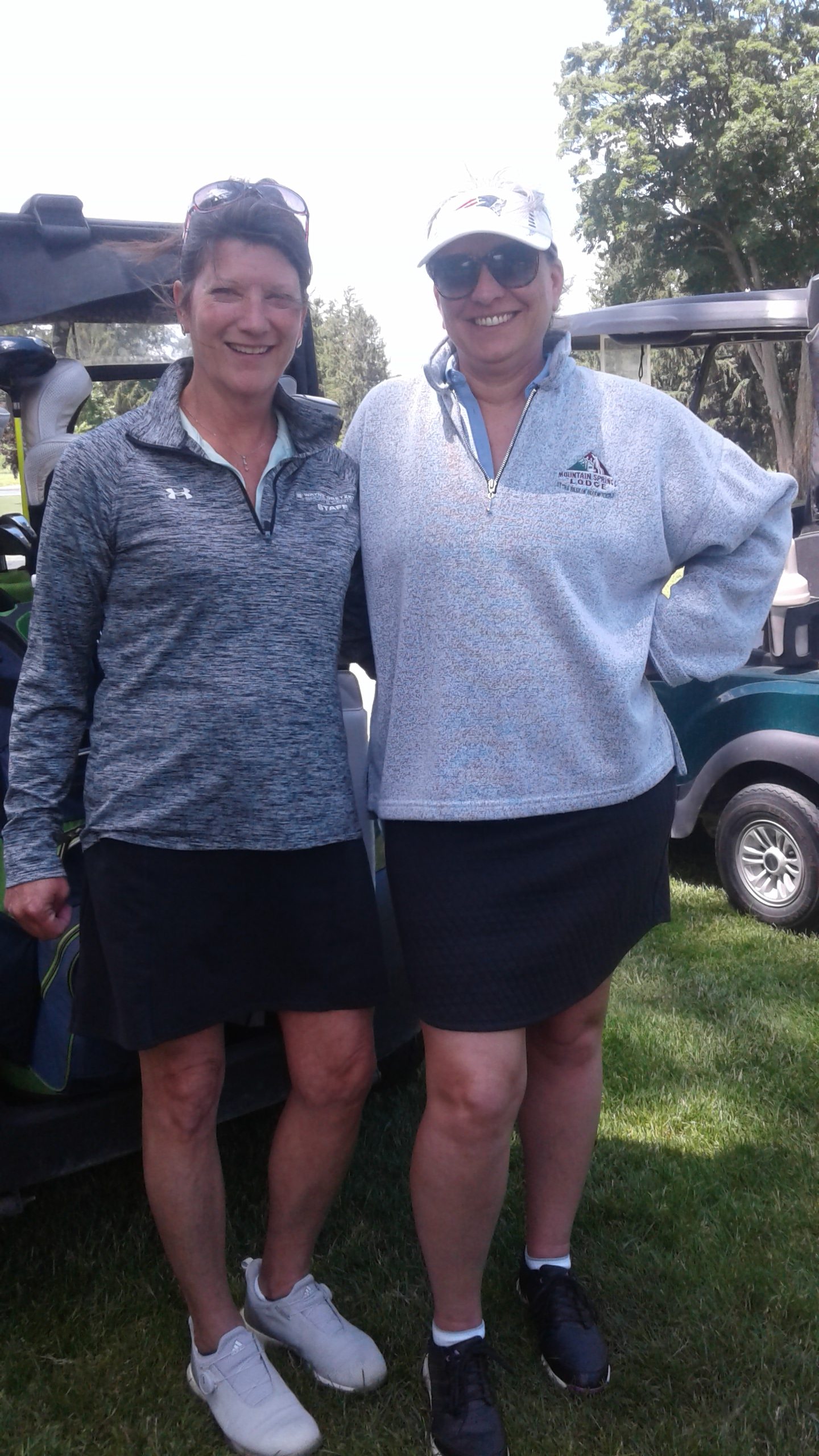 On October 20th, we celebrated our 35th Anniversary of our Zonta Club in Owen Sound. Pictured below (centre picture) are two of the founding members: Eleanor Tannahill and Arlene Wright. 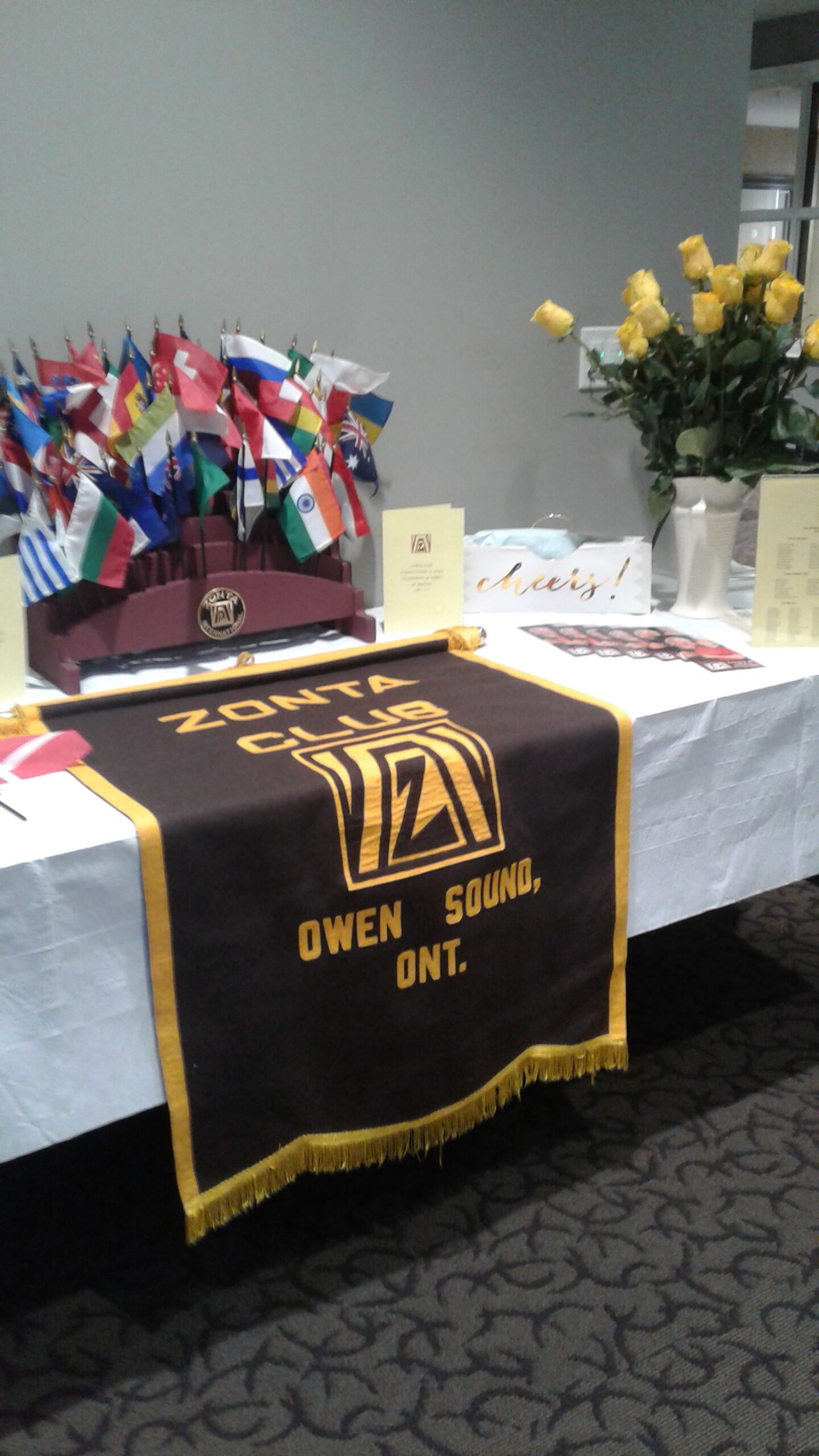 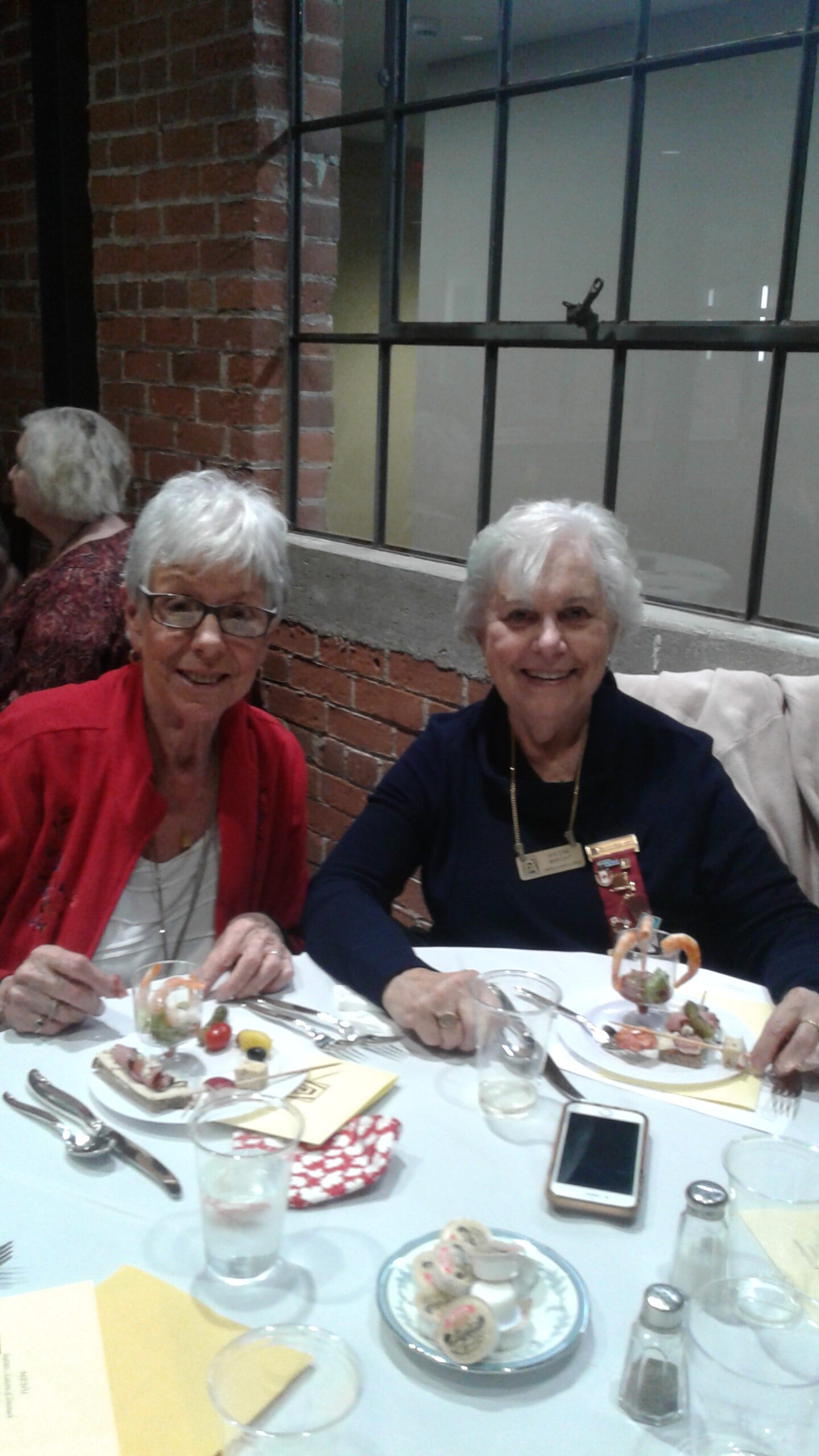 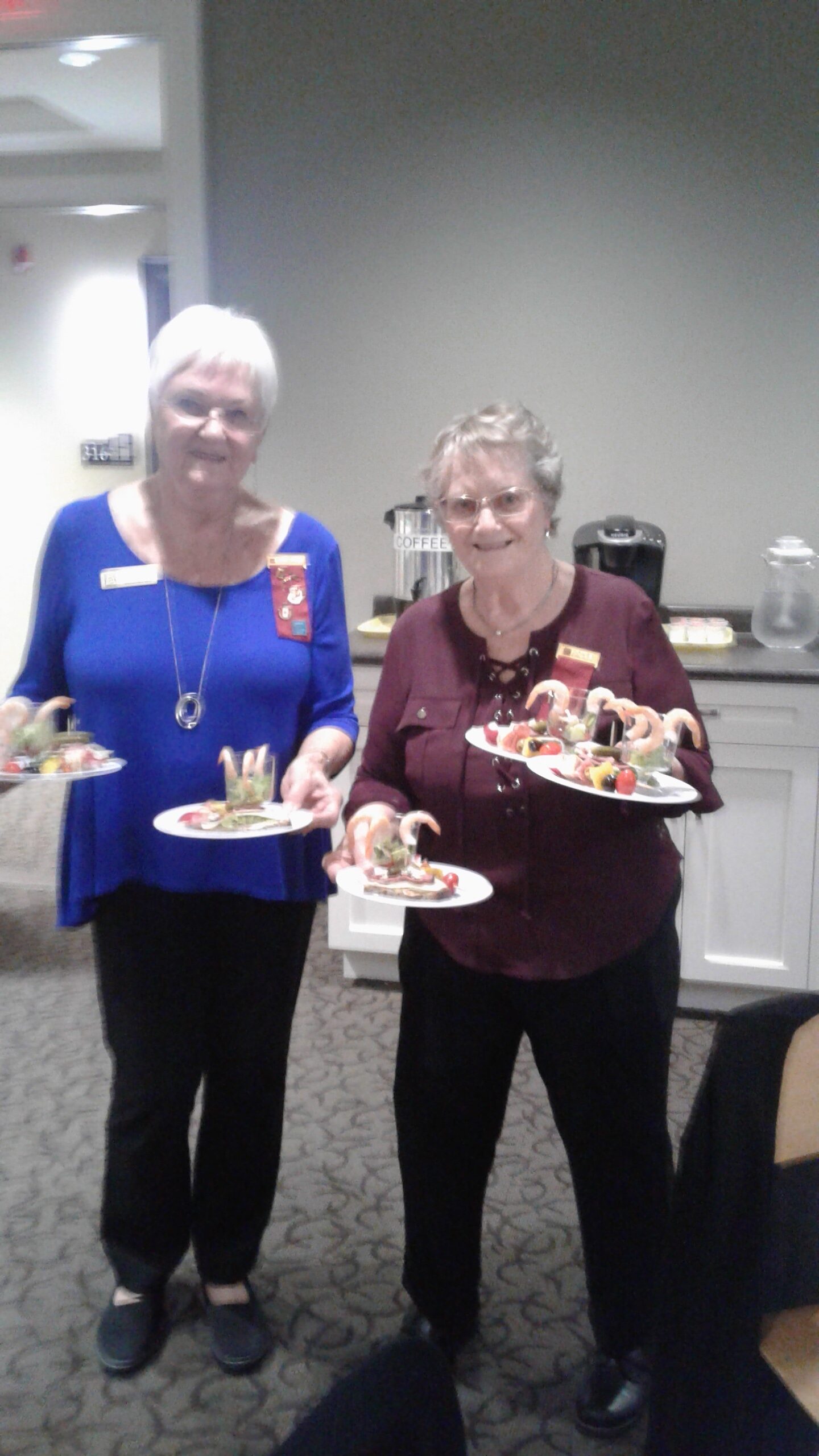